Assuming you are one among those nature lovers who do not mind a bit of cold then this time of year is a good time to get out and do a few jobs.

Your plot should be full of live during winter seasons. Snow and cold temperature should not stop you form getting out there.

Evergreens, supports and greeneries add tone to your plot while winter and late-winter sprouting plants add tone as well as aroma also.

When searching for potential plants to utilize, think about those that can endure brutal winter storms. You can pick red twig dogwood, holly, winterberry or nandina.

Keep your plot free of weeds this time of year helps stop them from taking over in the growing season.

One of the most incredible ground covers during winter season is the English Ivy. Periwinkle, alba or bugleweeds are among different models.

While taking care of these errands, have a go at changing your view. Adding bird enclosures, models and seats may add a little change in your nursery.

Given that you add feeders, a few birds that will be seen sneaking into your plot are finches, woodpeckers and cardinals.

With a little preparation, you can appreciate watching extraordinary view from your window. Indeed, even flagstones might captivate you to go out to your nursery to investigate the blossoms of witch hazels or heath.

You may likewise consider making pathways made of old blocks, rock or stone. This will clearly brighten up your colder time of year gardens.

Posted by Richard Haigh at 04:40 No comments:

By chewing through a dam, a rodent can drown a country."

Rodents have a mind boggling present for endurance. On Engebi, one of the Eniwetok Atolls where atomic bombs were tried during the 1950s, researchers got back to see what stayed after the bombs were detonated.

They observed radioactive soil, vegetation annihilated and a flourishing state of rodents.

Rodents can endure a fall of 50 feet without injury. They are also  great swimmers, being able to cross wide streams (a tremendous mass of rodents was recorded in Southern Russia in 1727 when a large number of them swam across the River Volga from Astrakhan).

They can float for three days without resting and plunge to   100 feet without harming themselves.

They live for 2 to 3 years, and a female rodent commonly has a litter of 6 to 12, six or seven times each year.

They live in settlements (loads) with each rodent having a position like in an army, one guy at the top and all the rest ‘know their place’

They rest together, groom one another, and take part in play and play-battling. At the point when the settlement gets too enormous, the more youthful guys pass on to begin there own gang of their own.

Rodents are known for their sharp teeth which can be as hard has a jewel.

These hard teeth empower rodents to chew through wood, bone, plastic line, even block. Rodents will eat almost anything, and have been known to eat cleanser, cowhide, and hides, yet incline toward grain, animals feed, and meat of different sorts, including human, in spite of the fact that instances of that are uncommon.

However, with their huge cravings, they can and will eat 33% of their body weight consistently.

What chance de we stand!

I have caught one, this year, so far and so far this year, they have eaten all my crops on my plot.

Posted by Richard Haigh at 12:39 No comments:

As we are moving into warmer summers with climate change. It is time I think to consider trying veg that perhaps we would not grow here in the UK.

I have looked at a few that I will try this coming season.

The first is cucumbers, which I normal grow under cover, but this year I will grow them outside in the open, making sure that they a protected from the wind.

How to plant cucumbers:

cucumber grows well from seed and I aways start mine out in a pot in my glasshouse. The soil must be at least 10 degrees

When to plant cucumbers:

Feed the soil when planting and feed them weekly with liquid feed once they have set fruit.

Although they are heat tolerant, they require even and consistent watering to prevent them from becoming bitter.

Do not overcrowd plants –  give them plenty of room

Pick fruit early in the day and immerse in cold water to lengthen storage time.

Posted by Richard Haigh at 02:33 No comments:

What do to do on cold wet winter afternoons: Think and plan the next season.

When planting in hot weather, ponder these five things:

The vegetables you need to develop

In warm environments it is essential to water your plot to some extent two times every day. It is best to do earlier today and evening. Watering in the day is fine, yet it is less effective as such a great deal it dissipates before it gets to your plants. Be careful no to overwater which your crop to rot.

I like to apply up to an inch of straw, or some such over the whole plot

Many plants do not like too much direct sunshine, make shore you have some shade netting handy for those hot days to come

Also have some netting to protect fro the warm/hot south/west winds.

Do this now and do not wait till it is upon you!

Posted by Richard Haigh at 04:31 No comments:

Posted by Richard Haigh at 04:32 No comments:

Cavolo Nero. Reproduced in Britain, for the British environment, the leaves are moderately slender and most certainly extremely crinkled. Taste is amazing, either reaped as young leaves or left to improve up by the cooler winter climate.

Harvest about a month into the growing season when the leaves are about the size of a normal palm.

You can hope to harvest about a kilo of leaves for each season from the normal plant. The actual plant is impervious to most illnesses and, except if left to dry out, improbable to bolt. Best in the winter and early spring.

Posted by Richard Haigh at 03:01 No comments:

Winter creeps up on us.

It is fundamental that you set up your plot for Winter, not exclusively to guarantee that it looks great, yet in addition groundwork for Winter implies that the work you will be needed to do to guarantee a fruitful Spring will be diminished on the grounds that you should accomplish less  work for instance with less tough plants subsequent to having guaranteed they endure the Winter sound.

The ideal opportunity to begin accomplishing this planning work is the point at which you hear the climate forecaster beginning to discuss the chance of ice as a general rule. In the UK this will more often than not be around the end of October.

Work out what you need with regards to your plot and what you think could be improved. During this season it is the ideal chance to ponder moving things around into spaces of the plot where they might work better or even eliminate things out and out in the event that they didn't work. You can likewise begin establishing bulbs prepared for a blast of shading in the Spring.

Something else you really want to guarantee you do is clean things up on the plot. Make sure you do the weeding  and cleaning up leaves. Do not the temptation to prune excessively.

Assuming you have bulbs in the ground that are not exactly tough assortments then you really want to eliminate them and let them dry in the sun for some time prior to putting away them in the carport or shed to shield them from the Winter ices and snows.

Another good tip, assuming you don't have one, is to begin a manure heap during this season. Toss in any cuttings you have just as dried fallen leaves (keep away from any infected ones however) and when next season comes around again you will have a phenomenal fertilizer prepared for use.

Before Winter truly sets in and the ground freezes strong, it is smart to give it a decent watering as despite the fact that snow might lie on the ground for some time, it very well may be a critical time before it dissolves thus this can prompt drying out of the ground.

At last, set aside the effort to clean all of your digging tools. Do the honing and oil any moving parts that require it. Ensure they are all in top condition and afterward store them in an appropriate area. That way, there will be no disappointments around finding the right device or different instruments not working as expected when next season shows up.

Come Spring, you will be extremely happy you did.

Posted by Richard Haigh at 11:34 No comments: 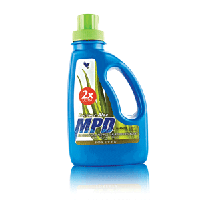 Take Control of your life.

Take control of your life: join my team today and with guidance and support, you too could take control of your work-life balance and build a successful independent business, working either part time or full time. Click the link above.

Shop for your Garden Book at Amazon

Richard Haigh
Welcome to the garden.... This blog is a place for observations, thoughts and opinions that occur to me as I go through my day. And sometimes about growing the food that we eat too.... when, you should be warned: I sometimes express unfashionable thoughts. I am a man who was born between "ages", by this I mean . I was born during the Second World War, after which the world changed and “ We never had it so good “ I do also move between cultures and I look between religions, mainly because of the Second Vatican Counsel although I am happily a Christian. I love life and am interested in everything that I see and hear. I would say:Life excites me. I have always be interested in “growing things” and have done so in temperate zones and tropical zones. I am probably one of the few bloggers around with a Second World War wound; how did this happen you my wonder: a V11 dropped in our street in South London. Thank you for your visit and enjoy.